What Motivates The Call For A Fourth Stimulus Check? The Internal Revenue Service (IRS) distributed approximately 169 million direct stimulus payments, with the average American getting $1,400. However, some politicians and campaigners want the fourth round of stimulus money to be provided until the pandemic is over.

So far, the federal response to the coronavirus epidemic has distributed $3,200 to qualified adults: $1,200 through the Coronavirus Aid Relief and Economic Security Act of March 2020, $600 through a December relief bill, and $1,400 through President Joe Biden’s American Rescue Plan.

Despite this assistance, millions of Americans continue to struggle, and the spread of the Omicron variety is exacerbating the problem. More than a quarter of Americans struggled to pay their bills, according to a new Census research performed during the first two weeks of December.

The unemployment rate has risen to 4.2 percent, from 3.5 percent before to the pandemic. 2.3 million fewer people work today than before the pandemic, according to Environ. Economists are concerned about Omicron’s rise, which has resulted in the closure of college campuses and the cancellation of high-profile events such as Broadway musicals.

COVID-19 occurrences are “pushing demand in the leisure, entertainment, travel, and restaurant industries,” according to high-frequency data, according to David Kelly, chief global strategist at JPMorgan Funds. It will create widespread absenteeism in early 2022, pulling down the economy in the first quarter after a relatively strong fourth quarter.

At the same time, nearly 30 million American families lost financial assistance last month, with the final payment of the Child Tax Credit due on December 15. Due to opposition from West Virginia Senator Joe Manchin, a Democrat, the Build Back Better Act, which would have extended the programme for a year, failed.

The problem of unemployment and a slow work market is still fresh in the minds of many Americans. Indeed, almost 3 million people have signed a Change.org petition urging Congress to adopt monthly payments of $2,000 in the future.

Some groups are urging Congress to speed up new stimulus initiatives, particularly for one group that has been hit particularly hard by the pandemic’s rising prices. The Senior Citizens League has received more than 95,000 signatures on a petition calling for a one-time $1,400 check for seniors.

Inflation outpaced the 1.3 percent increase in Social Security benefits in 2021. Many seniors will still be behind inflation, which jumped 6.8% in November, despite the 5.9% increase in January 2022.

“It would help people buy groceries for a few months,” said Mary Johnson, a Senior Citizens League policy expert on Social Security and Medicare. An aid payment would assist them in dealing with rising prices.

Do You Have Recurring Bills?

Recurring payments have been supported by some legislatures. On March 30, twenty-one senators, all Democrats, wrote to Vice President Joe Biden in support of monthly stimulus payments, pointing out that the IRS’s $1,400 instalments would run out quickly.

Over half of individuals getting $1,400 per month would be unable to pay their bills for three months as a result of this.
State-level stimuli controls are also becoming more common. Two-thirds of California residents would be eligible for Governor Gavin Newsom’s proposed “Golden State Stimulus” programme. Low- and middle-income taxpayers will receive $600 as a result of this effort. Teachers in Florida and parts of Texas have been given incentives to help tackle the outbreak.

The senators’ letter does not specify the amount of the requested periodic payments. Democrats offered monthly payments of $2,000 until the outbreak is over in January 2021. Rather, one-time payments of up to $1,400 per qualifying adult and dependent were allowed.

Viral News:In 2022, Social Security Recipients Will Receive a $1,400 Payment | Check Now!
In July, the IRS began sending the first of six monthly cash payments to parents who qualify for the Child Tax Credit (CTC). Families received an average of $423 in their first CTC payment, according to the Economic Security Project, a left-leaning advocacy group.

From July to December, eligible families received up to $1,800 in cash, given out in six equal instalments. The expanded CTC was essential in President Joe Biden’s American Rescue Plan.

Despite progressive and Democratic pressure, however, a rise in the CTC appears to be on hold. CTC payments will not be made to families until January or later. 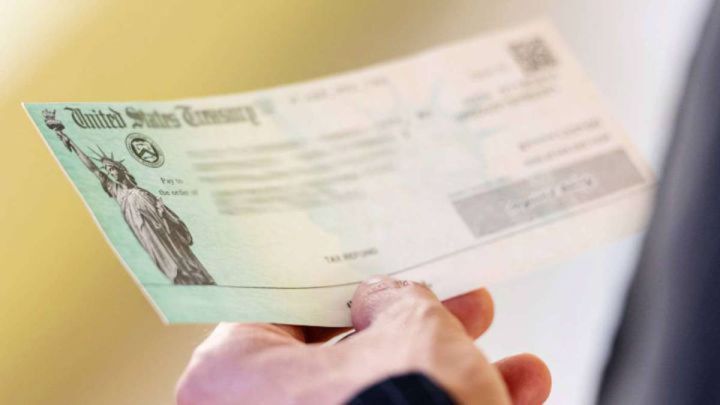 Savings and a contingency plan
According to a new analysis from the Federal Reserve Bank of New York, recipients of the three rounds of stimulus packages are paying down debt or saving the majority of the funds. This could indicate that people are using the monies to pay off debts incurred during the outbreak as well as to set up money for eventualities.

Experts discovered that the three waves of stimulus payments saved millions of Americans.

According to a University of Michigan analysis of Census data, when stimulus fails, as it did last autumn when Congress couldn’t agree on another round of aid, suffering rises in November and December.

Eliminating the CTC, according to Kelly of JPMorgan Funds, will harm households and the economy.

“According to the IRS, these payments totaled about $15 billion every month,” Kelly said.

Still scraping by, according to Greg Nasif, political director of Humanity Forward, most government aid programmes “miss the mark, and only reach a fraction of the targeted consumers.”

“They barely functioned prior to the outbreak,” he continued, “and they left parents juggling bureaucratic obstacles.” His recommended approach for struggling families is to provide “quick, efficient, direct monetary support.”

Many people have never applied for unemployment benefits because they believe they are ineligible or because of long wait times.

And it wasn’t given to everyone who qualified. Only 4 out of 10 unemployed people received benefits, according to a March poll by economist Eliza Forsythe.

Is There Room for a Fourth Stimulus Check?

Experts on Wall Street advise that you hold your breath.

The Biden administration, for example, is betting that spending on roads, trains, and other direct investments would help people get back to work and keep the economy going.

Experts, including Zweitens, blamed inflation on relief efforts such as the three rounds of stimulus payments. Because they had more money, Americans boosted their spending on items such as furnishings, automobiles, and technology. According to economists, the combination of these variables caused inflation to rise.

Viral News: Get $500 Monthly for 18 Months if You’re One of the Hundreds of New Families That Qualify | Check Your Eligibility!

In the absence of additional stimulus, Commonwealth Financial Network’s Brad McMillan predicts that inflation will fall in 2022. In December, he stated, “The federal stimulus has spurred an explosion of demand.” “However, the stimulus has ended.”

“Inflation and supply difficulties will continue to be a challenge, but they will moderate,” he added.

In 2022, Two Workforces Will Receive New Stimulus Checks for Up to $600 Each — Check to See if You’ll Be Paid| Up-to-date Information!